…The ego is a mental-emotional guard dog for the self identity.
Once homo sapiens developed its separated awareness, it began to feel
quite alone, cut off from the continuum of Life. Instinct gives every
other species an innate awareness that it is not alone.

Again, it was a natural development, in that consciousness al-
ways demands an exploration of any new situation. This is part of
survival of the fittest and fitness for survival. The greater Life was
moving toward its own awakening. When the flow of any
fluid—including awareness—is restricted or put under pressure, its
velocity increases. Evolution needed a vehicle to house this more
rapid movement. The human ego was it.

Separated awareness was a new phenomenon for the planet; it
had to be explored and tested. Thus, some 50,000 years ago, mem-
bers of the human species began to sense their individuality. All
manner of challenges erupted; questions and fears arose in the mind
as a result. Out of this turmoil, human genius was born. Both fear
and excitement arose within individual minds and within the species
as a whole.

“As you probably know, the word individual literally means ‘un-
divided’. It seems a strange paradox to me that when humans indi-
vidualized they became more divided.”

So it seems. However, the individual was taking on an arche-
typal role for the whole species. This was spirit coming to
Earth—the story of all the diviners, prophets and avatars. The
wholeness was reflected into the single unit. When egos began to
flourish, the direct connection to greater reality was unfortunately
broken. This was inevitable, but only temporary. The small self felt
isolated and abandoned; its reaction, not surprisingly, was to shield
and defend itself. Hence the ego came into being. Humanity then
fell into ages of relative unconsciousness… 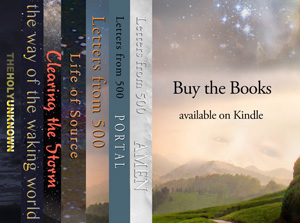