Skip to content
I’ve recently seen the film ‘INTERSTELLAR.’ Twice. The first time I saw it I resonated with the concept so much that I felt my future self had already experienced this and was awakening these memories inside me. I needed to see it again and invited Robert to share the experience. He had seen it once as well and was more than eager to join me. As the movie did the first time, it left me with such a lasting dream that I am still reeling from its effects.
There is a full page ad for the film in today’s NY Times, and to my surprise the studio used an OpEd by Conservative Political Columnist David Brooks, describing the film in the best way possible. I post his piece below and would bow to his intuitive nature, for Mr. Brooks is right on the mark.
OP-ED COLUMNIST 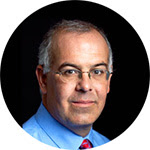 Most Hollywood movies are about romantic love, or at least sex. But Christopher Nolan’s epic movie “Interstellar” has almost no couples, so you don’t get the charged romance you have in normal movies where a man and a woman are off saving the world.

Instead, there are the slightly different kinds of love, from generation to generation, and across time and space.

The movie starts on a farm, and you see a grandfather’s love for his grandkids and the children’s love for their father. (Mom had died sometime earlier).

The planet is hit by an environmental catastrophe, and, in that crisis, lives are torn apart. The father, played by Matthew McConaughey, goes off into space to find a replacement planet where humanity might survive. The movie is propelled by the angry love of his abandoned daughter, who loves and rages at him for leaving, decade after decade.

On top of that, there is an even more attenuated love. It’s the love humans have for their ancestors and the love they have for the unborn. In the movie, 12 apostles go out alone into space to look for habitable planets. They are sacrificing their lives so that canisters of frozen embryos can be born again in some place far away.

Nolan wants us to see the magnetic force of these attachments: The way attachments can exert a gravitational pull on people who are separated by vast distances or even by death. Their attention is riveted by the beloved. They hunger for reunion.

When the McConaughey character goes into space he leaves behind the rules of everyday earthly life and enters the realm of quantum mechanics and relativity. Gravity becomes variable. It’s different on different planets. Space bends in on itself. The astronauts fly through a wormhole, a fold in the universe connecting one piece of space with another distant piece.

Most important, time changes speed. McConaughey is off to places where time is moving much more slowly than it is on Earth, so he ends up younger than his daughter. Once in the place of an ancestor, he becomes, effectively, her descendant.

These plotlines are generally based on real science. The physicist Kip Thorne has a book out, “The Science of Interstellar,” explaining it all. But what matters in the movie is the way science and emotion (and a really loud score) mingle to create a powerful mystical atmosphere.

Nolan introduces the concept of quantum entanglement. That’s when two particles that have interacted with each other behave as one even though they might be far apart. He then shows how people in love display some of those same features. They react in the same way at the same time to the same things.

The characters in the movie are frequently experiencing cross-cutting and mystical connections that transcend time and space. It’s like the kind of transcendent sensation you or I might have if we visited an old battlefield and felt connected by mystic chords of memory to the people who fought there long ago; or if we visited the house we grew up in and felt in deep communion with people who are now dead.

Bloggers have noticed the religious symbols in the movie. There are those 12 apostles, and there’s a Noah’s ark. There is a fallen angel named Dr. Mann who turns satanic in an inverse Garden of Eden. The space project is named Lazarus. The heroine saves the world at age 33. There’s an infinitely greater and incorporeal intelligence offering merciful salvation.

But this isn’t an explicitly religious movie. “Interstellar” is important because amid all the culture wars between science and faith and science and the humanities, the movie illustrates the real symbiosis between these realms.

More, it shows how modern science is influencing culture. People have always bent their worldviews around the latest scientific advances. After Newton, philosophers conceived a clockwork universe. Individuals were seen as cogs in a big machine and could be slotted into vast bureaucratic systems.

But in the era of quantum entanglement and relativity, everything looks emergent and interconnected. Life looks less like a machine and more like endlessly complex patterns of waves and particles. Vast social engineering projects look less promising, because of the complexity, but webs of loving and meaningful relationships can do amazing good.

As the poet Christian Wiman wrote in his masterpiece, “My Bright Abyss,” “If quantum entanglement is true, if related particles react in similar or opposite ways even when separated by tremendous distances, then it is obvious that the whole world is alive and communicating in ways we do not fully understand. And we are part of that life, part of that communication. …”

I suspect “Interstellar” will leave many people with a radical openness to strange truth just below and above the realm of the everyday. That makes it something of a cultural event.

Reprinted from the New York Times – The Opinion Pages, November 20, 2014